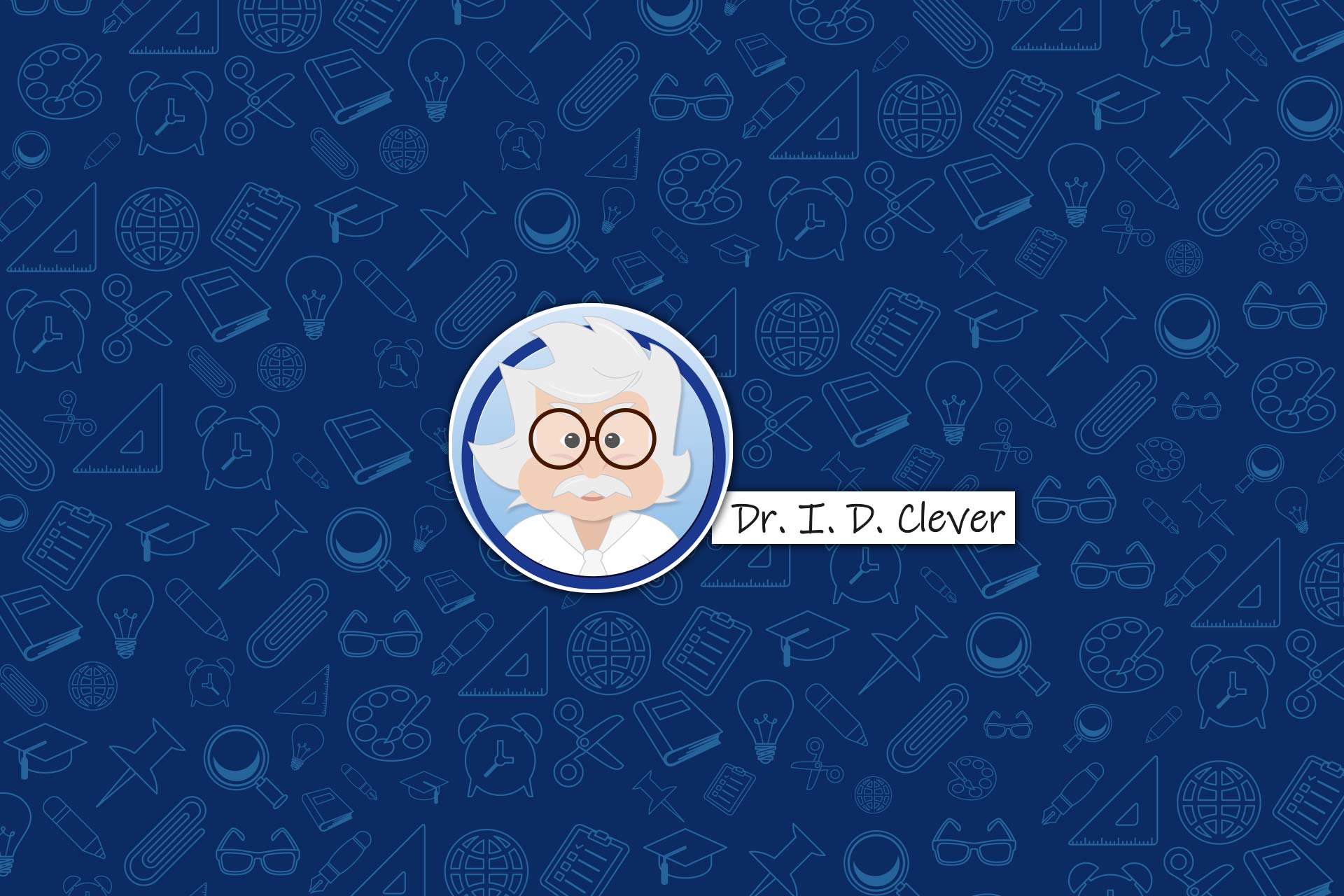 Today: the world of resolution and line pairs

may I introduce myself? I am Dr. I. D. Clever and my task at DESKO is to explain things worth knowing about "document science" in a simple and understandable way.

If these questions are relevant to your everyday work, then you've come to the right place. And if you are a non-specialist and want to impress with agent knowledge at the next boring stand-up reception, then you may also read on. Write to me, to which question in the matter of identity verification you are looking for an answer. Email me at desko@desko.com, keyword "Question for Dr. Clever" will do!

And so to our topic today:

Typically, when dealing with images and image-generating devices such as cameras or scanners, we talk about their resolution or resolution performance. But the term "resolution" is not as trivial as it might seem at first glance. The resolution of an image or device can mean different things. Basically, a distinction is made:

Resolution as pixel density of an image file (dpi or ppi)

The units of measurement ppi or dpi indicate how many pixels can be imaged on one inch (2.54 cm). As a rule of thumb, the more pixels on a given distance, the higher the pixel density (resolution) and the more object details become visible.

As an example, let's compare the scans of a passport and a credit card. If the pixel density is to be identical for both scans, the passport scan must have more pixels in total because it is larger than the credit card scan. In other words, if the resolution (as pixel density) is to remain the same, the resolution (as image dimension) must increase.

At the same time, it is important to keep in mind that specifying the resolution in dpi says nothing about the sharpness impression of the image. Compare these two images:

Image B has the higher pixel density 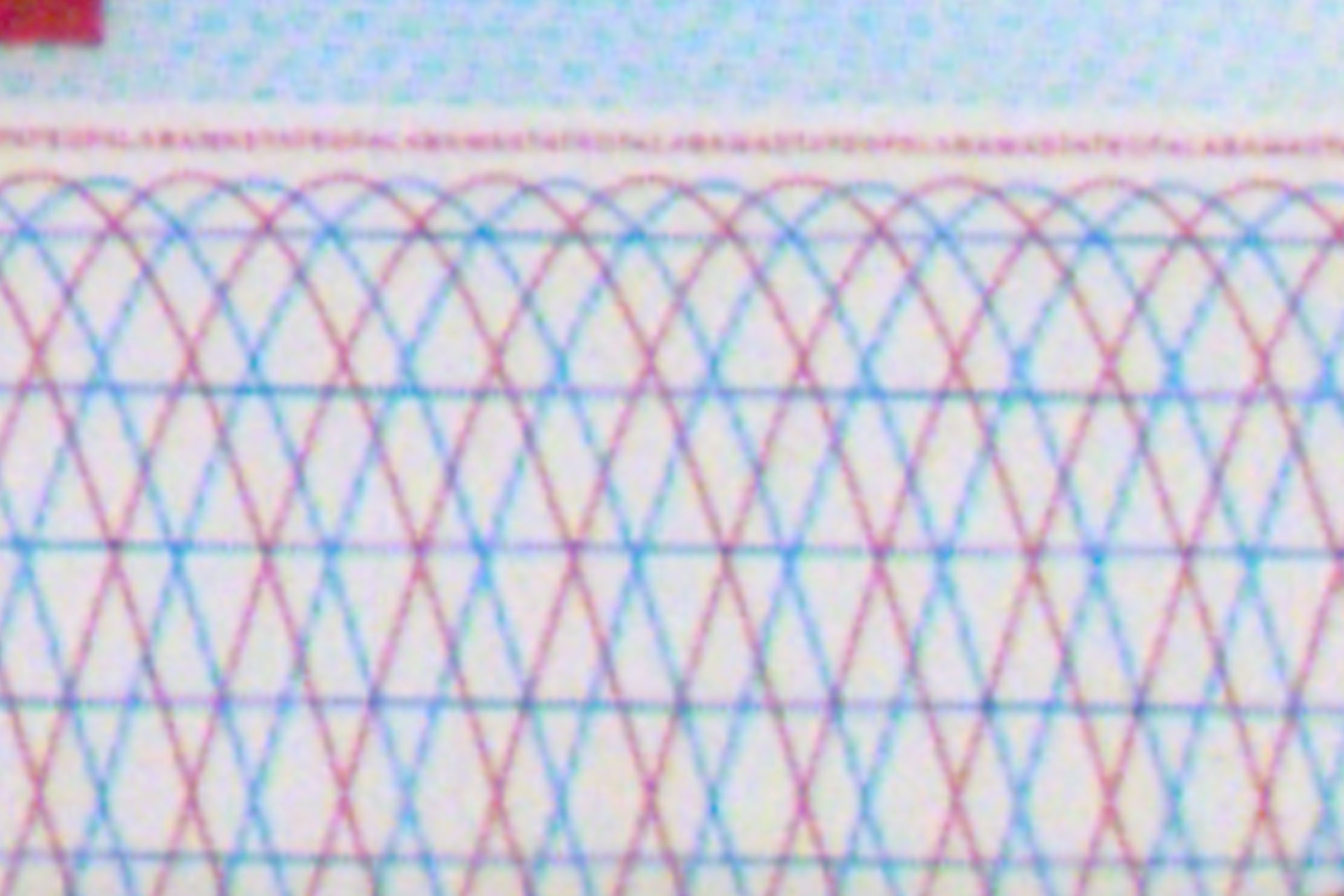 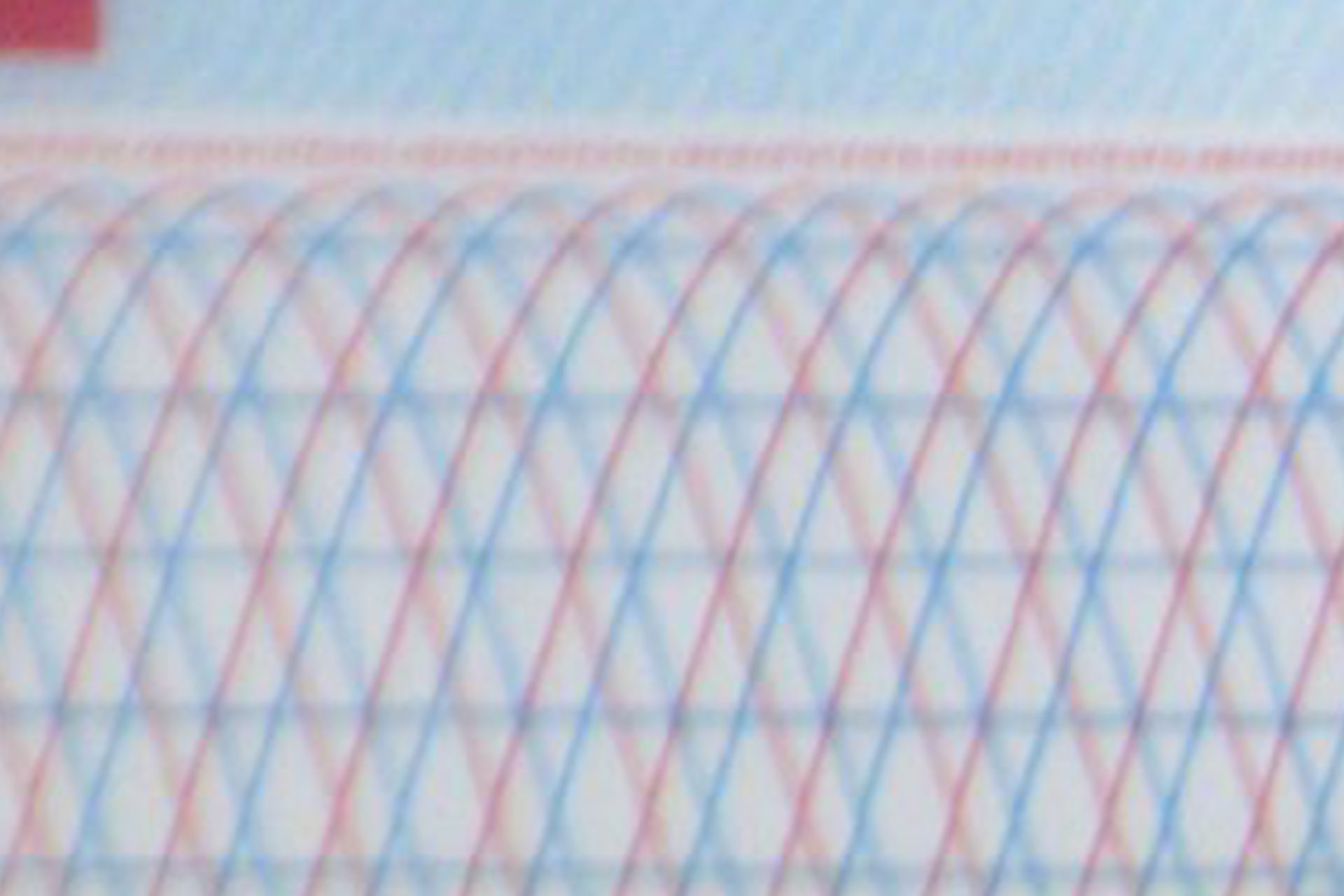 Resolution for determining the quality of an optical system

Another important measure for evaluating an optical system is line pairs per millimeter (lp/mm). Here, an optical system is understood to be the combination of lens, sensor and target object and their geometric relationship to each other. Measurements are taken at the object or sensor level, but it is not a question of a single measured value, as with pixel density, but rather the relationship between the density of line pairs and the contrast. Specifically, this indicates how densely line pairs can be packed for a specified contrast value. This is because as the distance between the lines decreases, so does the contrast, making it more difficult to distinguish the lines. A good optic reduces this loss of contrast.

In fact, however, line pairs can be distinguished by a sensor only up to the line density of 0.5lp/px. If the pattern becomes narrower than this 0.5 lp/px (Nyquist limit), so-called alias effects occur. These are distortions that are not contained in the original. A good sensor reduces the risk of such color shifts. 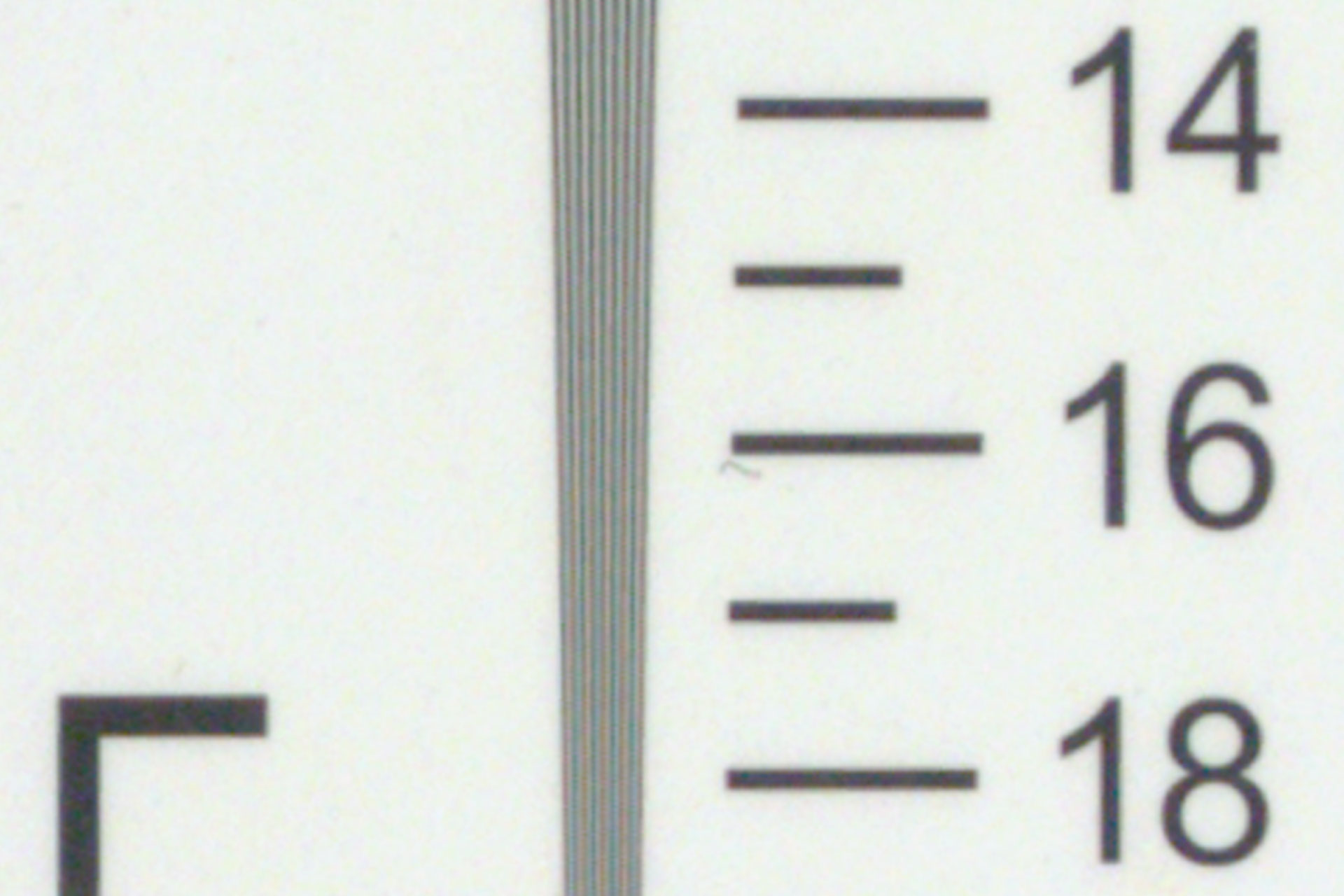 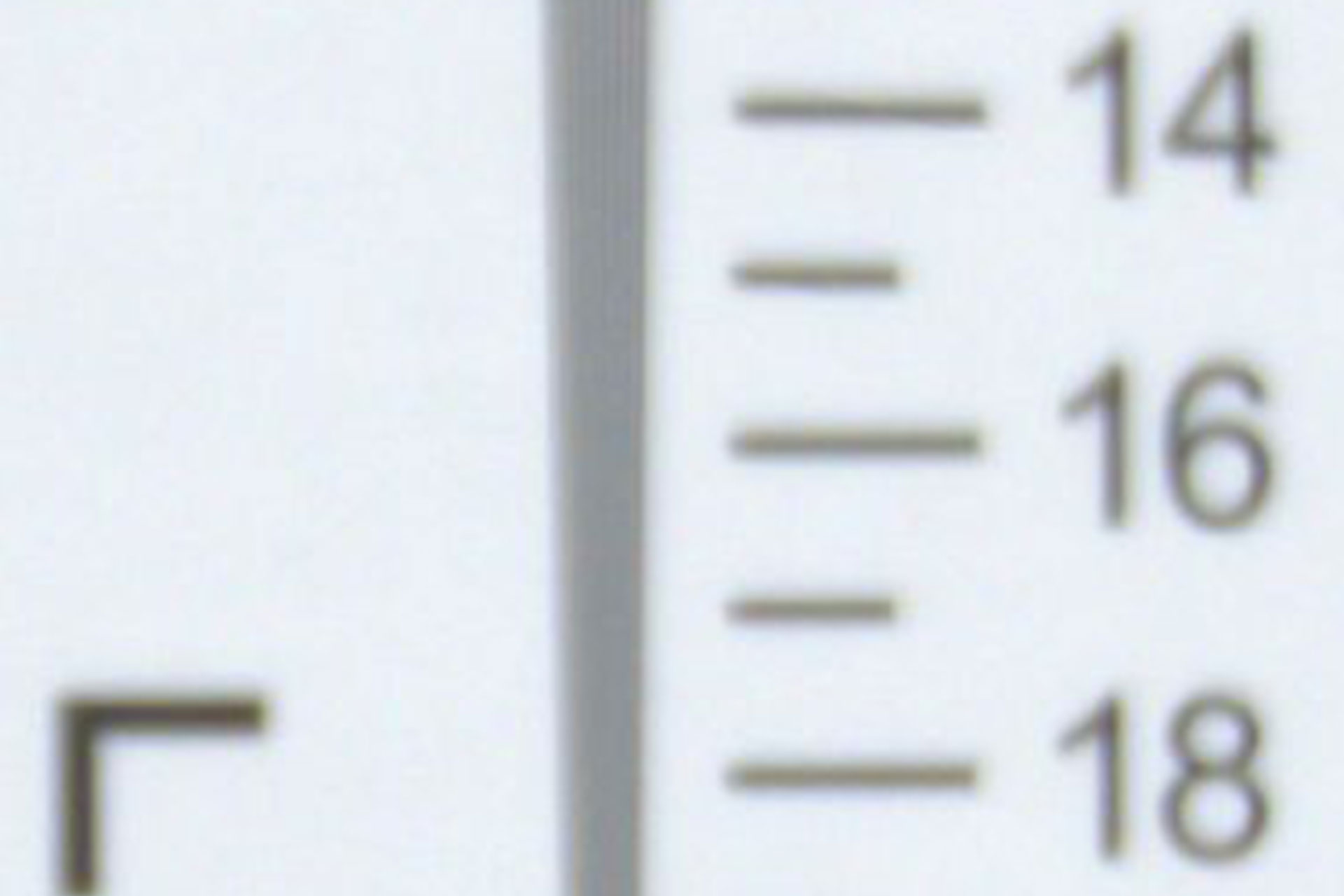